Today’s guest post is from Holland, who asked to have only her first name used.  Thank you, Holland, for this great post which has added many titles to my to-be-read list!

Let’s start this off by establishing that I am a huge nerd. A good 90% of my book collection is science fiction and fantasy, and has been since I was old enough to pick my own books from the library.  I love the exciting stories where the only limitation is the author’s imagination. But there is one glaring problem that I see when I look at science fiction and fantasy: where are the queer people?

It’s getting better, but few and far-between are the books that pass what I consider the queer equivalent of the Bechdel test: one LGBTQA character, who has a name, at least a minor role in the story, and a character trait beyond ‘isn’t straight’ or ‘isn’t cis’.  Part of that is due to censorship – until relatively recently, putting queer characters in a book was seen as unmarketable, or risking being classified as erotica, as if those are the only stories we are allowed to have a part in.  Things are changing for the better, however, and so I’ve chosen today to talk about a few authors whose works do pass the aforementioned test, and do so with flying colors.

As a young queer teen from a conservative family in the semi-rural Midwest, an environment where queer people just weren’t talked about, the local library didn’t exactly have a LGBT section.  They had a smattering of teen books – the ever-classic Annie on My Mind and a few forgettable books that read more like Lifetime Original Movies than anything I was interested in. I was nerdy, female, non gender-conforming, and desperately alone, and it was hard enough finding books with female protagonists. I needed science fiction and fantasy for the escapism and inspiration they provided – I just wondered where people like me fit into it.

One of the major changes came in 2005, when Tamora Pierce’s The Will of the Empress came out and Daja Kisubo, a character who we’d been with for 8 books already, came out as queer, though her own identity was still in flux, aside from knowing she liked women. For fifteen-year-old me, that was a bombshell. Here was one of my favorite authors, writing a character – an established character, especially – as something other than straight! It felt validating in a way I can hardly describe – I was surrounded by messages that told me what I was was wrong, that I should just try harder to be straight. Daja’s “coming out” made me feel that much more bolstered, especially since Daja had been my favorite ever since starting the series. The series also includes two women who are in a devoted relationship to each other, and who act as sort of co-mothers to the quartet of young adults we follow through the series. We also see queer characters in her other books – the Provost’s Dog series has a gay cop dating a genderqueer artist, both of whom are major characters in the second book and are integral to helping the heroine survive, and are free of problematic stereotypes.

John Scalzi has never had a queer character as the main protagonist of a book, but he gives them a good share of POV time.  The first time I encountered this was in The Android’s Dream, which is still my gateway book for people who swear they don’t like science fiction. It’s a fast-paced book that’s at times a mystery, a military drama, and a deep yet hilarious reflection on the nature of life – in other words, it’s a book by John Scalzi.  In it are two characters, Archie and Sam.  Each of them is a fully-fleshed out character with motivations and traits in their own right, but they’re also a couple. And while we don’t even find out they’re a couple until ¾ through the book, since each of them have been pursuing their own related missions for most of the story, it makes so much sense and the strength of their relationship gives the characters added motive as to why they are so dedicated to their cause.  In the Old Man’s War series, the protagonist, John Perry, finds an unexpected best friend in theoretical physicist-turned-soldier Alan Rosenthal, who is also gay. It’s a defining characteristic of him, but it’s not his only defining characteristic, and that’s what I look for in books: representation without it feeling like tokenism. 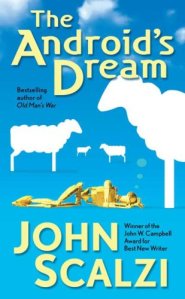 And speaking of representation without tokenism, we come to my favorite author on this list, Seanan McGuire.  Everything she has written has queer characters! I repeat, everything she has written has queer characters.  I know of no other author who has done this.  While I could probably write an entire article on her genius, now is neither the time nor the place. Still, I want to make clear that she is lightyears ahead of where most other authors are in terms of representation. When I asked about this at her most recent signing, she said that she felt it was part of being a decent human being, and her queer characters are some of the most fleshed-out I’ve  ever seen.  The Hugo-Nominated short story In Sea-Salt Tears, set in her urban fantasy Toby Daye series, centers on the relationship between two bisexual women and the cultural and personal forces that both bring them together and tear them apart.  She has canonically stated that most of the fae in the Tobyverse are bi, and it’s not just an informed trait, either – we see onscreen queer relationships.

In her novel Indexing, we also see one of the best-written trans characters I’ve seen in fiction. There is not a problematic trope to be found – Gerry is who he is, and no amount of memetic incursions by cisnormative fairy tales are going to tell him otherwise.  Her Velveteen vs books also include a transgender superheroine, The Princess, who is the physical embodiment of the fairytale princess archetype, as well as a lesbian couple whose relationship is poignant and brilliantly-executed. Her works under her open pseudonym Mira Grant are just as awesome, with queer characters in every book.  She’s also going to be editing the forthcoming anthology Queers Destroy Science Fiction, an anthology of short stories by queer authors. 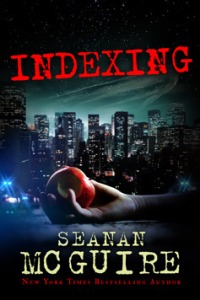 I have every hope that things will continue to get better.  While researching this article, I was introduced to the works of Tanya Huff, who has been bumped up on my reading list. Malinda Lo’s Ash, a lesbian retelling of Cinderella, is literally next on my reading list, thanks to a chance find at Half-Price Books.  Diane Duane, one of my favorite authors, has announced that her next book, Games Wizards Play, will feature queer characters: some we’d already met, who were getting things sorted out and hadn’t come out yet, and some new ones, and I am super stoked for that.

The future is getting brighter, and with it, I hope we’ll be seeing more and more queer characters in science fiction and fantasy.  In the meanwhile, all the authors mentioned in this article are enthusiastically recommended, and I look forward to seeing what this new year has in store.

Holland is a PhD student by day, CrossingsCon treasurer by night and can be found at geekhyena.tumblr.com.  She lives in the Bay Area of California, where she lives in an apartment that is slowly being taken over by books, Gundam models, and supplies for making pumpkin bread.  Check out the fundraiser for CrossingsCon at https://www.indiegogo.com/projects/crossingscon-2016