This month Between the Lines Book Club is reading Americanah by Chimamanda Ngozi Adichie. We meet here every Friday, and our next in person meeting is on November 21, 2015, at Arden Dimick Library, Sacramento, California, at 10:30AM.

Americanah tells the story of two Nigerians who spend many years of their lives abroad and then return to Nigeria. In honor of the book, here are five things to know about this amazing country:

2. Nigeria is the most populous country in Africa and the seventh most populated country in the world. It’s inhabitants practice Christianity, Islam, and a variety of traditional spiritual practices and religions. The country is made up of over five hundred ethnic groups, including Igbo, Yoruba, Hausa, and Fulani.

3. Nigeria’s wealth comes from oil and agriculture. Its biggest export crop is cocoa. Nigeria is the fourth largest cocoa producer in the world (the top three are The Ivory Coast, Indonesia, and Ghana). 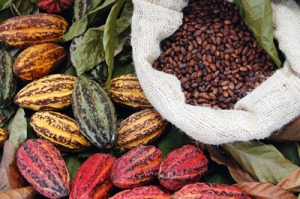 4. The country won independence from Britain in 1960. After a Civil War, it was governed by a series of military juntas. Military rule ended in 1999. Since then , the country has been a democracy. In 2015, in elections that were generally considered mostly fair by international observers, Muhammadu Buhari was elected president.

5. Nigeria is home to Yankari National Park. This park covers 2,250 square kilometers (870 square miles) of land. It is composed of grasslands, hills, hot water springs, and rivers. It is home to the largest population of elephants in West Africa.