Note: This was originally intended for a large and diverse audience, but I pulled it because I realized it was offensive and inappropriate for me to tell LGBT readers how to feel about the homophobic vocabulary of one character.

However, I do think it has some good points to make, so I’m republishing it here for my smaller readership. Please keep in mind that these are the conclusions I, personally draw from the comic based on my personal life experience and are not meant to reflect a universal experience.

My library has all the trades (multi-issue collections) of Paper Girls to date and I’ve been slowly working my way through them. This series follows a diverse group of 12-year-old girls as they have increasingly bizarre and confusing adventures. In addition to being female-centric, the story deals with significant real-world topics, including the gradual realization on the part of one character that she might be a lesbian. While all of the characters have interesting arcs, this one is especially gripping as it plays out against the homophobia and ignorance of the late 1980s in nuanced ways.Trigger warning for discussion of homophobia.

The story is about four 12-year-old newspaper delivery girls from Ohio, starting in 1988. Tiffany is African-American, Erin is Vietnamese-American, KJ(sometimes called Kage)is Jewish and Mac struggles with an abusive home life. The girls don’t have much in common but since their routes start at 4am, they band together for protection on their routes, keeping in touch with walkie-talkies.

While the four are delivering papers, a variety of strange events take place and the girls find themselves travelling through space and time, meeting adult versions of themselves, and otherwise leading a weird existence that tumbles from crisis to  crisis. The plot is impossible to explain without spoilers. Actually, it’s impossible to explain at all, because the girls are clearly thrown into some sort of epic storyline that they only see tiny snippets of. Suffice to say that if you’ve ever wanted to see a battle between two giant tardigrades (AKA water bears) in the middle of a city this is probably your only chance. The art is vibrant and exciting and the number of pop culture references is just enough to be fun and not so much that it’s a “Greatest Hits” album.

In addition to dealing with the fantastical, the series also addresses real life issues.  In the first issue, Mac intimidates a bunch of guys by using a homophobic slur. I regret (and I mean this sincerely, not flippantly) that I was a young teenager in 1988 and that is exactly the language that the “tough kids” would use to insult other kids. However, the slur doesn’t go unchallenged – Erin tells her not to use the word and throws in a quick lesson about AIDS in the process. Later on Mac indicates disgust that two men who have saved the girls are lovers and the other girls call her out. Homophobia is pervasive enough that Mac feels comfortable expressing it (as a character from the future says, “You lived in an effed up time,” ) but not so pervasive that it’s shared by everyone.

As the story progresses, KJ has a vision of herself kissing Mac. In Volume Four KJ tells Mac, “Mac, when I grow up, I think I’m going to be a lesbian.” This makes Mac so uncomfortable that Mac asks Erin if KJ might have been “replaced by an imposter.” Erin is supportive of KJ and KJ seems to accept her sexuality with poise (Tiffany is out of the loop at the moment but she hasn’t been homophobic in previous issues). KJ also seems to have a crush on Mac, remembering aloud every detail of how they first met. But she doesn’t express hurt at Mac’s attitude so much as a desire to inform her.

KJ is a character who seems to be pretty level-headed by nature, and who also has a functional family and reasonable understanding of sexual health.She gets her first period in this series, and is completely matter-of-fact about it. In contrast, Mac is horrified about KJ’s period and reveals that she doesn’t know anything about periods or other feminine hygiene issues because her family won’t let her learn for religious reasons. The only things she “knows” are some snippets of “information”that her misogynist brother told her.

Mac is always on edge and cultivates her image as “tough.” Part of her cultivation of that image is to pretend that she knows more than she does – so she ridicules the things she is secretly most curious about,Given this last character trait, and the pressure form the other girls to be more accepting,it will be interesting to see where Mac ends up.

I can’t speak to KJ’s journey, because as a straight person it’s not a journey I had to make. However, I can speak to the casual homophobia and to the confusion about what being homosexual actually meant to tweens and younger teens in the mid-1980s, at least in my experience. The line “When I grow up I think I’m going to be a lesbian” hits the perfect tone of awkwardness and confusion that pervaded the discourse at my school. Some of us were mean, and some were nice, but none of us had any idea what we were talking about.

Today, my middle school daughter and her friends (ages 12-14) talk casually about a dozen or more potential labels for sexual and gender identity (pansexual, asexual, transgender, gender fluid, etc). Obviously these orientations existed in the 1980s whether there were labels for them or not.However,my group of friends had no idea they existed.We weren’t all malicious, but we were all stunningly ignorant compared to the Tumbler generation of today.That ignorance, both hostile (on the part of Mac) and friendly(the other girls) is one of many things that Paper Girls captures so well.

Obviously, Paper Girls might be triggery because of Mac’s homophobic attitude and words. For the first few issues, readers were concerned about where the comic would be going given that such an offensive slur was used in the first issue. However, each issue does make it more and more clear that Mac’s attitude is not one that the reader is supposed to emulate. Instead, it sets up a scenario in which instead of being ostracised for being gay, KJ is comfortable with herself and embraced by her friends. It’s Mac who is left an outsider.
Will KJ eventually reject Mac for Mac’s attitude or will Mac’s attitude change because of her friendship with KJ? I’m not expecting them to run off together to live in bliss – they are twelve. However, in a series full of predictions about future events that involve dinosaurs, giant robots, and more, Paper Girls resonates the most when it is about the personal details of our characters’ lives.

Tomorrow (August 25) we will be meeting at Arden Dimick Library at 10:30AM to discuss Strangers in Their Own Land, by Arlie Russell Hochschild. On her webpage, Hochschild suggests the following topics to consider with regard to her book:

She also introduces the following topics:

The Empathy Wall: an obstacle to “deep understanding”

Deep Story: “a story that feels as if it were true”

Feeling Rules: a shared set of rules regarding to how to feel about certain topics.

Honor Squeeze: “The perception by the right that their identity as white Christian men or women is not seen as honorable.”

Structural Amnesia: “A process by which the distribution of power in a society—monopolized by fathers or controlled by big business, for example—shapes what is collectively remembered or forgotten.”

When my eyes are weeds,
And my lips are petals, spinning
Down the wind that has beginning
Where the crumpled beeches start
In a fringe of salty reeds;
When my arms are elder-bushes,
And the rangy lilac pushes
Upward, upward through my heart;

Summer, do your worst!
Light your tinsel moon, and call on
Your performing stars to fall on
Headlong through your paper sky;
Nevermore shall I be cursed
By a flushed and amorous slattern,
With her dusty laces’ pattern
Trailing, as she straggles by.

Hello Book Clubbers! Our upcoming book is Strangers in Their Own Land, by Arlie Russell Hochschild. We will be meeting in person at Arden Dimick Library at 10:30AM on August 25 to discuss this book in person.

Arlie is the daughter of a U.S. Ambassador. She lived in several different countries and was often required to be present a diplomatic events. By observing these events and listening to her parents analyze the guests’ demeanor afterwards, she learned to analyze the difference between what people are thinking and what people are expressing.

Arlie coined the phrase “emotional labor.” She discusses this concept in detail in her book, The Managed Heart. The concept refers to the type of work in which a person is expected to regulate one’s emotions and present emotions that will be attractive to the consumer. Examples of people whose jobs include emotional labor are wait staff, daycare providers, and flight attendants. The term is also increasingly used to discuss labor divisions within the home.

She also coined the phrase “The Second Shift.” In The Second Shift, Arlie discussed the “leisure gap” between men and women. Her book showed that in general women still take on more of the housework and childcare despite working the same out-of-home hours as their spouses – essentially, leaving their workplace to come home to a “second shift.”

Today, Arlie lives in Berkeley with her husband, Adam. Adam Hochschild is a historian. The couple has two children (now grown). 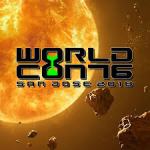 I have one presentation:

Steampunk is essentially alternate history of the Victorian era.  But what about the real people in history, who were inventors, soldiers, travelers?  Throughout history, women have always found ways to circumvent social norms.  Come hear about some women who did!   Learn about adventurous and groundbreaking women of the 19th Century, including Madam C. J. Walker, Isabella Bird, Annie Londonderry, and more.

Hello Book Clubbers! Our upcoming book is Strangers in Their Own Land, by Arlie Russell Hochschild. We will be meeting in person at Arden Dimick Library at 10:30AM on August 25 to discuss this book in person, and comments are always welcome here online as well!

Because of how we arrange our books with the library, I have books tentatively scheduled all the way into next summer. Keep in mind that all of these are subject to change. Interested? Here’s the list:

September 22: My Antonia, by Willa Cather

October 27: The Jungle, by Upton Sinclair

November 17: 4:20 to Paddington, by Agatha Christie

December: our month off

January: The Geography of Bliss by Eric Weinar

April: Born a Crime, by Trevor Noah (this one is especially subject to change since it’s in high demand)

May: Manhattan Beach, by Jennifer Egan

June: Being Mortal, by Atul Gawande

We have a great year ahead!

This August I’m back in Clarkesworld Magazine with a piece about Mary Shelley’s life and how her experiences informed Frankenstein, her most famous novel. Enjoy!