My June blog entries will be short this month because of travel and work commitments and the extreme necessity of watching every episode of Killing Eve in one day. I’m especially excited about an upcoming trip to show my daughter Sequoia, Kings Canyon, and the tiny town of Three Rivers for the first time.

My great-great grandparents and their siblings had a ranch/farm/orange orchard near Three Rivers, California, starting from will before the Gold Rush. My great-grandfather, Homer, was the maintenance supervisor for Grant Grove (in Kings Canyon National Park). He and my Grand-Uncle were involved in carving the stairs up Moro Rock. My grandmother was a waitress at the same restaurant where I worked as a dishwasher decades later (the one in Grant Grove).

The twisty roads around the park and the town of Three Rivers were the sites of comedy, tragedy, and survival against great odds. A car crash involving teenagers killed a boy and almost killed my grand-aunt Linnie, who was burned when her car caught fire and she couldn’t get out. Another boy rescued her, risking his own life. Because of her burns, she only had one fingernail for the rest of her life and she kept it perfectly manicured. My grandmother stuck her head out of a bus window and it smacked into a pole and she spent months in the hospital recovering. I know why she was looking out the window. She told me. But I’m sworn to secrecy and I’ll never tell.

The next generation didn’t work at the park because my grandfather managed a racetrack in West Sacramento and he needed the kids to help him there during the summers. However, as young kids,they spent some summers visiting Nana, who was a switchboard operator, and Grampy (Homer) near the park and swimming in the Kaweah river. My mother says they got hot every day so they’d hike to the river to cool off but then they had to hike uphill to get home after swimming and would get hot again. Such is life.

On the other side of the family, my Dad put in a summer as a cook at nearby Yosemite National Park. I spent a memorable summer in Grant Grove washing dishes. Coincidentally, my husband spent a summer in Yosemite as a housekeeper. As far as I can tell, that’s a much better job than dishwashing. This adds up to a lot of relatives who got accustomed to meeting one of these guys on the way back to bed after a shift: 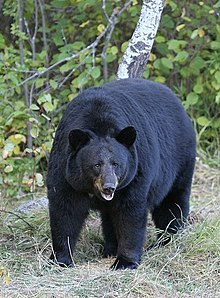 Many of our family members are buried in the Three Rivers cemetary. You can read my article here:

I eagerly await the onslaught of aunties who will comment with corrections and addendum. If I’m very lucky, maybe there will be pictures! Where are you going this summer?