The years between 1861 and 1863 were not kind to the American poet, Henry Wadworth Longfellow. In 1861, his wife died after an accident when her dress caught fire. In 1863, his son Charles ran away to join the Civil War on the Union side. Charles was sent home after being horribly wounded in the back. Charles eventually recovered and went on to have a full and adventurous life, but during that year his future looked bleak.

Longfellow wrote “Christmas Bells” on christmas Day in 1863. It seems especially relevant as we celebrate this Christmas, undaunted despite a scary year behind us and a scary year ahead. Merry Christmas, dear readers!

I heard the bells on Christmas Day
Their old, familiar carols play,

and wild and sweet
The words repeat

And thought how, as the day had come,
The belfries of all Christendom

Had rolled along
The unbroken song

Till ringing, singing on its way,
The world revolved from night to day,

A voice, a chime,
A chant sublime

Then from each black, accursed mouth
The cannon thundered in the South,

And with the sound
The carols drowned

It was as if an earthquake rent
The hearth-stones of a continent,

And made forlorn
The households born

And in despair I bowed my head;
“There is no peace on earth,” I said;

“For hate is strong,
And mocks the song

Of peace on earth, good-will to men!”

Then pealed the bells more loud and deep:
“God is not dead, nor doth He sleep;

The Wrong shall fail,
The Right prevail,

With peace on earth, good-will to men.”

Thanks to https://en.wikipedia.org/wiki/I_Heard_the_Bells_on_Christmas_Day for lyrics and background

Reading the His Dark Materials trilogy, by Philip Pullman, was one of the most emotional experiences of my reading life. Other than bits and pieces of scenes, I remember two things about reading the His Dark Materials trilogy. One was that I read it feverishly and passionately. The other is that when it ended I cried, with big sobs, and tears pouring down my face. I have the trilogy, but I’ve only read it that one, revelatory time.

Now Philip Pullman is back to rip my heart out of my chest and jump on it again with a new series. The first book, The Book of Dust: La Belle Sauvage, is out and it reminded me of what an amazing storyteller Pullman is. La Belle is magical, fast-paced, thrilling, and sometimes horrifying. I ate it right up.

First some background. The first book in the His Dark Materials trilogy (The Golden Compass) came out in 1996. The series was incredibly influential and popular despite being overshadowed by a small series you may have heard of that was launched in 1997 (Harry Potter). The series followed the adventures of Lyra, who is twelve years old at the start of the series.

Lyra lives in an alternate world version of Earth, one in which every human has a daemon. According to the His Dark Materials Wiki:

The dæmon /ˈdiːmən/ was the physical manifestation of a human soul in Lyra’s world Humans in other worlds had dæmons; however they were invisible to those who had not learnt the technique used to see them.

During the childhood of a human, their dæmon could shapeshift into any kind of animal. This change could be due to emotion, need for a particular skill such as night vision, or simply whim.

When the human and their dæmon reached maturity, the dæmon settled into a permanent form. This form represented the personality of their human.

Lyra’s world is ruled by the Magisterium, a religious institution that seeks to conceal the existence of a substance called ‘Dust’. Dust is a conscious elementary particle (don’t worry about it) not to be confused with the stuff that accumulates on my piano when I forget to practice. Eventually the series involves other worlds, including our own. As you may guess, the series involves a lot of philosophy and science, but also intrigue, action, cute animals, and armored polar bears that talk.

This brings us to The Book of Dust: La Belle Sauvage (I know, FINALLY). In La Belle, which is set before The Golden Compass, eleven-year-old Malcolm goes to school during the day, helps his parents run their pub at night, and helps out the local nuns on Sundays. When someone leaves an orphaned baby named Lyra at the convent, Malcolm becomes enchanted with the baby and determined to help protect her. In the course of his efforts he becomes a spy for the resistance movement against the Magisterium. As the plot thickens, Malcolm and one of the helpers at the pub, Alice, get caught up in a flood and a chase, both of which force them to find a safe haven for Lyra. The eleven-year-old boy, sixteen-year-old girl, and infant have to fight off human and supernatural enemies as well as the natural perils of the massive flood that they navigate in Malcolm’s canoe.

The characters in this book are wonderfully realized, even baby Lyra who is fussy and wriggly and poops a lot. Since she’s an infant her job is basically to be alternately cute and infuriated, coddled and imperiled, but she’s realistically hard to care for and her shape-changing daemon is freaking adorable. The more interesting characters are Malcolm, who always has a question, and teenaged Alice, who sulks and snarls at everyone except the baby. The story is told in third-person from Malcolm’s point of view, and I adored him because most of his sentences end with a question mark.

This book is not a romance, but it does emphasize the importance of connection and love in many forms. Malcolm and Alice start off as bitter enemies but become allies and then friends. Here’s a lovely passage in which Malcolm studies Alice’s face as she sleeps:

The little frown that lived between her eyebrows had vanished; it was a softer face altogether. Her mouth was relaxed, and her whole expression was complex and subtle. These was a sort of kindness in it, and a sort of lazy enjoyment-those were the words he found to describe it. A hint of a mocking smile lay in the flesh around her eyes.

The book is an amazing study in pacing, in tone, and in descriptive writing. Initially, we learn about everyone’s everyday lives. Malcolm peels potatoes and does his homework. Alice rolls her eyes. Lyra poops. Because Malcolm keeps picking up new information, the story isn’t boring, it’s just grounded. Then a flood transforms the landscape we’ve come to know into something else:

Through the bare branches he saw a wild waste of gray water, surging from left to right across the wide open space that had been Port Meadow; he could see the city’s spires beyond it. Nothing but water: no ground, no riverbank, no bridge. And all speeding with a mighty force, almost silent, certainly irresistible. There was no possibility of paddling against it and making their way back home.

My only problem, and it’s a big one, is that this is not a full book. It tells of one episode of Lyra’s life, and it describes that episode from beginning to end. It is probably pretty accessible to anyone who hasn’t read the His Dark Materials story. However, while it’s a pleasing prequel, it doesn’t have much substance of its own. We don’t have enough context to understand why Lyra is so important (unless we’ve read the other books), and even though Malcolm and Alice complete their arc in terms of plot, they don’t get any time to complete their arc emotionally. The book doesn’t conclude. It just stops.

The book ends on a major cliffhanger, but you can resolve the cliffhanger, more or less, by immediately starting The Golden Compass. The problem is less that it ends on a cliffhanger and more that it doesn’t end at all except in the sense that the pages run out. Because of the lack of context for new readers and the lack of closure, I’m giving this book a B+ instead of an A, but I loved it and I’m so much looking forward to the next one which will, no doubt, cause me to cry like a baby.

I know what you’re thinking! You are thinking, “Hey, I thought CarrieS was not going to blog in December!” However, I’ve decided that in keeping with holiday tradition I owe to myself to remember some of the geeky joys that got me through a shitty 2017. There was so much great stuff! There was Orphan Black! And Wonder Woman! And more! 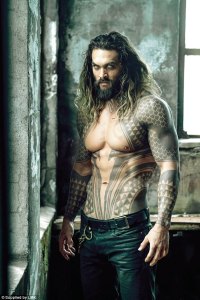