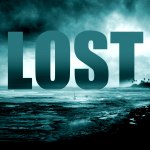 Lately I’ve been re-watching that groundbreaking TV show Lost. Lost was one of the earlier shows to have a long-reaching arc combined with an internet fanbase. It had an international cast, which was unheard of at the time. It had multiple roles for women. It was thrilling until it went horribly off the rails, which took about five minutes.

Lost is famous for having promised us that everything would make sense despite the fact that ultimately one must assume that the writers used an increasing amount of pharmaceuticals. But you know what, Season One is still amazing – and it’s tightly constructed. Everything from Season Two to the ending seems to have been constructed by a blindfolded monkey playing scrabble, but Season One is TIGHT. Examples: 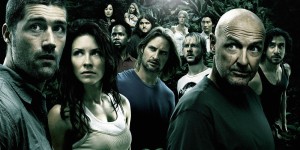 The Angsty Island of Perfect Abs

On re-watching the show, I realize that one of the show’ porblems was that over time the male characters tended to expand while the female characters tended to shrink. No one gave a shit about Kate’s love triangle or Sun’s affair that may or made not have gotten her pregnant. We all got tired of Claire looking for her baby. What a waste of fantastic women who kept being defined by their love interests and their babies.

The question isn’t “Why did we start watching Lost.” The question is “Why on earth did we keep watching it even when as early as Season Two it was clearly not going to pan out? Lost never lost (sorry) the core principles it started with – beautiful scenery, compelling characters, a lot of humor, and moments of kindness and joy. So even when Lost kind of sucked, it gave us episodes like “The Constant” and moments like this one from Season Five:

Remember when it wasn’t Penny’s boat? And when Hurley beat up Sawyer? And when Sayid killed a guy with a dishwasher? And when Claire was wearing Libby’s shirt? And how about that time when Nestor Carbonell joined the cast the only mystery we cared about was whether or not he wore eyeliner? Good times.

Yesterday I stared Season Two and thought, “Dude, this is all going to go downhill, I can’t even with this.” Today I’m back at it. Lost, like my imaginary TV boyfriend Sayid, is that messed up boyfriend that I just can’t quit. 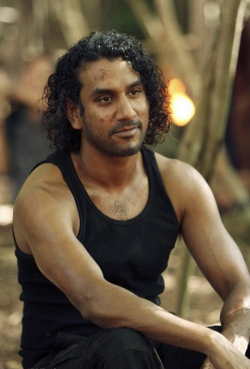 I’m here for you, sweetie!

Did you make it through this month’s book club pick, Alexander Hamilton, by Ron Chernow? If not here’s five fun facts:

Hamilton was an immigrant.

Most of Hamilton’s contemporaries (George Washington, Thomas Jefferson, Aaron Burr, John Adams) were born in what became the United States. Hamilton was an immigrant, born of immigrants. His Scottish father had moved to the Caribbean where Hamilton was born, out-of-wedlock.

Hamilton survived a hurricane and wrote about it. The townspeople of St Croix, where he lived at the time, were so impressed with his account of the hurricane that they took up a collection to send Hamilton to University in New Jersey.

Remarkably, all eight survived infancy. His last child was named Philip after is older, deceased son who had also been named Philip.

Hamilton spoke out against anti-Semitism.

Hamilton was a on-again, off-again Christian, who became more devout towards the end of his life. There are stories that his mother was Jewish, but no evidence to support that. However, due to schooling shortages and the fact of his illegitimacy, as a child he went to a Jewish school. He used to brag that he had learned to recite the Ten Commandments in Hebrew as a small child. He admired the Jewish people and write positive things about them during a time when anti-Semitism was a serious problem.

Both Hamilton and his son Philip died in duels.

In most of the colonies duelling was illegal but still a frequently used way of resolving conflicts and preserving honor. Philip was shot during a duel with George Eaker and died of a subsequent infection. Alexander Hamilton was fatally shot by Aaron Burr – at the same duelling ground three years later. 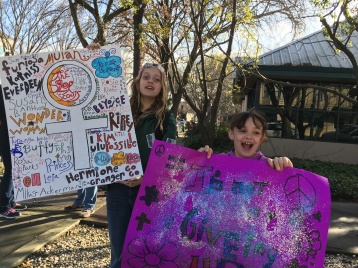 I’m so proud to have been one of 20,000 marcher in Sacramento marching for women’s rights. I’m especially proud of my husband, who found parking and corralled kids, and the kids, who are our future activists. The mood was cheerful and positive, even up front where we were squished.

I hope that cis-gender, heteronormative, white women will take away from the march the fact that true feminism must be intersectional. We cannot only march for access to birth control. We need to also march for the civil rights and safety of people of color, of immigrants, and of the LGBT community. We also need to avoid the trap of thinking that because we marched during one epic day, our work here is done. This is a long haul. We will need snacks.

My approach to activism this year had been to set a goal of 365 actions, large or small (mostly small) in 2017. So far I’ve tallied 71 actions. Most of them are small – signing a petition or making a call or sending an email. Often I knock out seven actions on a Monday over the course of an hour or so. I’ve written or petitioned or called about captive elephants, reproductive rights, human rights, Trump’s tax returns, his nominations for cabinet posts, Chelsea Manning…I don’t even know what else! And most of it only took a few minutes.

My intention in telling you this is to show that even if you only have thirty minutes a week (or five minutes a week), you can take at least some on-going action to keep the pressure on businesses and elected officials towards a world that values free speech, environmental health, and human rights. Please continue to make your voice heard all year, not just during this political transition!

This month in Between the Lines Book Club we are reading Hamilton, the biography by Ron Chernow. We will be meeting in person at Arden-Dimick Library, Sacramento California, on January 28th at 10:30 AM to discuss the book.

Hamilton is the rare biography that makes meetings about finance interesting. Alexander Hamilton was born in the Caribbean under circumstances straight out of Dickens, and he wrote his way out of poverty and into power. Once in power, he vacillated between brilliance and self-destruction and died in a duel at the age of 47.

Writer Lin-Manuel Miranda recognized this as a story that was reminiscent of the rappers who wrote their way out of poverty but often died young. Here’s a couple of some great articles and interviews that help explain the link between Chernow’s book and Manuel’s musical:

“All About The Hamilton’s,” by Rebecca Mead for The New Yorker

You can hear most of the musical online for free but there aren’t very many posted videos. Here’s a couple from the Tony Awards, live! How lucky we are to be alive right now!

Sacramento readers, I hope you’ll join me at the California State Capitol (West Steps) from 11:30AM – 1PM tomorrow (January 17th!) Planned Parenthood supporters will be rallying to protect the funding that is so important to the health care of women. Dress in the warmest, pinkest clothes you have and stand with Planned Parenthood to send a message to California legislators. See you there! 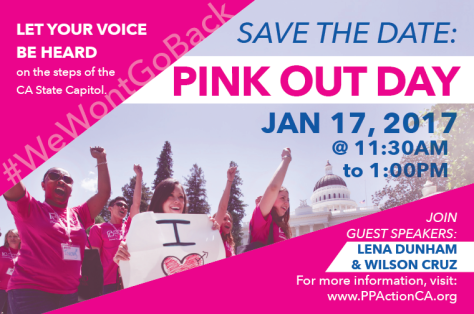 This month’s Book Club pick is Alexander Hamilton, a biography by Ron Chernow. The book inspired Lin-Manuel Miranda to write Hamilton, the musical. We will be meeting in person at Arden-Dimick Library, Sacramento California, on January 28th at 10:30 AM to discuss the book.

Hamilton is Chernow’s fifth book. It was followed by a biography of George Washington, published in 2010, which won the Pulitzer Prize for biography. He’s currently working on a biogrpahy of Ulysses S. Grant.

In this interview with Charlie Rose, Chernow talks about writing the biography, and about Hamilton’s place in history. 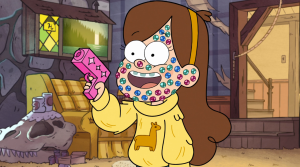 So Readers, what did you miss? Well, over break I got as far as page 475 in the biography of Hamilton that we are reading this month – check back on Friday for more about that! I also got the CD for Christmas and am now pretty throughly obsessed. It gives me some comfort to know that politics were messed up back in the day as well as now. The mind reels at the thought of Jefferson and Hamilton subtweeting about each other on Twitter, which you know they would have done.

I had a lot of doctor’s appointments and tests and things and as a result I have a Fitbit and a new exercise bike and a tendency to bitch about kale.

I started doing some form of activism every day. Sometimes I write a letter or make a call. Sometimes I sign a petition. I cannot tell a lie – my favorite days are petition days because I can knock out a week’s worth of actions in about 15 minutes. On days when I do something very time-consuming, like a rally or protest of march, I let that action count for several days. I’ve so far taken some kind of action about captive elephants, climate change, various political appointments, human rights, reproductive freedom, and our local mall. I knew I was getting a good head of steam when I put my senators’ phone numbers in my phone contacts so I could stop looking them up every week.

I watched a lot of Lost, a show I used to be obsessed with. Season One still holds up as fabulous. Sayid is still my sweetie-kins. Shannon is still The Worst.

Also, I slept a lot. My health issues being what they are, my rules are sleep, exercise, and eat healthy, in that order, and THEN write. The exception was, of course, the week of Christmas during which I ate piles and piles of cookies while sitting on my butt. It was great.

So Dear Readers – how was YOUR December? Ready for 2017? To the barricades!