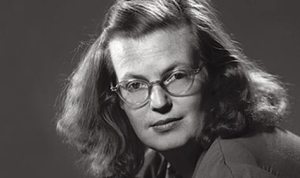 I had the great pleasure of being on a panel about Shirley Jackson recently – which meant I was forced – FORCED, I SAY! To re-read The Haunting of Hill House and We Have Always Lived in a Castle FOR WORK. You all have no idea how I suffer. I also read the new biography, Shirley Jackson: A Rather Haunted Life by Ruth Franklin. Here’s a few things I learned that you might not have known:

It’s not a coincidence that so many of Jackson’s stories involve tense relationships between mothers and daughters. Jackson’s own mother hoped to enjoy marriage to her husband for a while before having an attractive and ladylike blonde daughter. Instead, she gave birth nine months after the wedding to Shirley, who was big-boned, redheaded, and rebellious. Jackson’s mother pestered her about her weight and appearance all her life.

2. She was the primary money-earner in the family.

Jackson was married to the literary critic Stanley Edgar Hyman. While both were highly regarded during their lifetimes, Jackson’s work brought in much more money – so much so that her husband resented any time she spent writing letters or diary entries because they took away from her earning potential.

3. Being the breadwinner did not lessen her domestic responsibilities.

Hyman wanted Jackson to write, but not enough to pitch in with housework and with raising children. Jackson, the mother of four children, managed by being an affectionate but exceptionally hands-off mother. She made fun of her lapses as a housekeeper in her memoirs and essays, but was also self-conscious about it. Her books Life Among the Savages and Raising Demons are humorous looks at her domestic life.

4. She was a practicing witch.

Jackson was a believer in magic and well-read in folklore and mythology. She entertained friends by reading tarot cards and made charms as gifts and to protect the house. She was not Wiccan, rather, she was fond of sympathetic magic. She once joked that she was responsible for breaking an enemies leg (he broke it while skiing) but this joke backfired on her as she was constantly badgered with questions about how she did it. 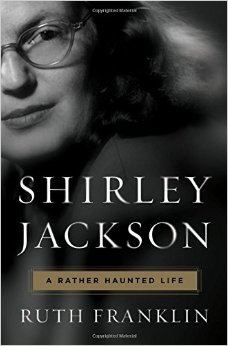