Today’s post comes from our young correspondent, Linden, who has a special Top Ten!

Hello everyone I have news! This is my FIRST TOP TEN LIST! YAAAAAAAAY!

Anyway my name is Linden and I’m Carrie’s 12-year-old daughter. You might have seen some of my reviews already, my most recent one being of My Immortal, the horrible book that made me want to stab my eyes out. I’ll be making a lot more Top Tens and reviews in the future but for now here are the top ten Mabel sweaters!

If you are reading this then you probably know about a show called Gravity Falls and if you don’t then you should go check it out. I’ll be mentioning it in the next LT’S Top Ten that I do. In Gravity Falls there is a certain character named Mabel who is one of the main protagonist in the show. She’s bubbly, optimistic, fun, and just plain AWESOME. That’s really the best way to describe all of Gravity Falls – it is just AWESOME! But I digress. Because of Mabel’s personality she was given a variety of colorful, fun, AWSOME sweaters and today I’m going to talk about the best of them all. All Top Ten lists will be made with #1 being the best in my opinion and number ten being still the best, but not the best of the best. 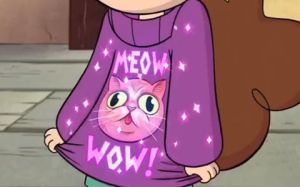 #10 MEOW WOW (from Episode One of Season One)

In the first episode of Gravity Falls, Mabel falls in love with someone named “Norman” and they go on a date. How does Mabel dress to impress? By wearing a glittery purple sweater with a glittery picture of a derpy cat next to the words MEOW WOW which; you guessed it are also covered in glitter! The best part about this is when Mable asks Norman “How do I look?” Norman just kind of stares at her before saying, “Shiny.” 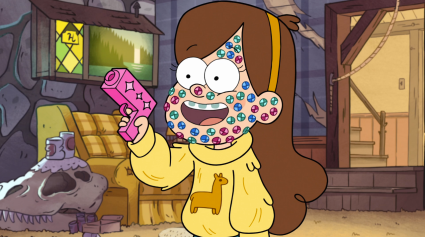 #9 Llama Hair (from Episode 3 of Season One)

Mabel wears this one in a couple episodes I think, but it first showed up during the end credits of Episode 3. In the scene Mabel is in her room trying to decide if she should wear her sweater with the sequins or the Llama hair and decides on the Llama hair because Larry King’s head hops over and says, “The Llama hair, Llamas are nature’s greatest warriors.” You read me right: Larry King’s head! Not his body literally just his head! Hahahahahahah oh my god! It’s just its so funny I…I really love this show! 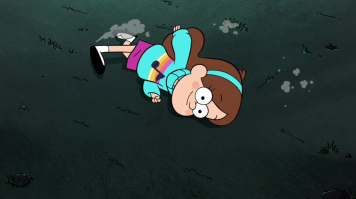 I just really like how this looks on Mable. It doesn’t really have anything about it that’s super special but I think that the colors are nice and Mable looks super cute in it. It’s not too busy and not too plain, it’s just a generally cute sweater and Mabel rocks it like a boss. 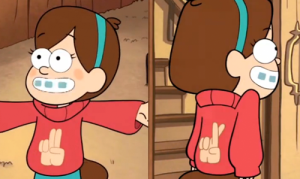 Is it wrong for me to desperately want this sweater? Because I think it is, but I don’t care! I can’t really justify why I love this sweater so much, I guess it’s because I think it’s really clever and funny and it would come in handy in a lot of situations. Yeah you probably shouldn’t trust me too much heh heh. Oh come on you know you want it too! 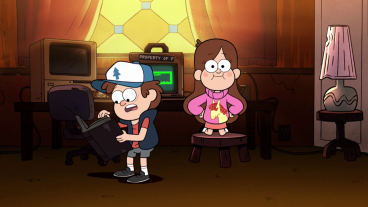 I watched this episode twice once by myself and once with my mom. The first time I watched it I liked Mabel’s sweater but I wouldn’t think to put it in a list with my favorites of all time. However the second time I watched it with my mom and she said, quote, *gasp* “Oh my god I LOVE THAT SWEATER!” and you know what? I also love that sweater, because the mane of the horse is in 3D. Also it’s just an awesome sweater.

Okay okay, I know that technically this is two sweaters, but you know what too bad! They are going to be listed together because they are a set. Mable has an adorable pig named Waddles (she calls him that because he WADDLES!) and she really really loves Waddles, so she made them matching sweaters. They are only shown side by side in the matching sweaters once but I think its super cute and says a lot about Mabel’s character.

“Isn’t that a fire hazard?” “No it’s a fun hazard.” I just love this sweater because it gives off a lot of light; witch is not only useful but also fun! It looks cute in the day time and is a night light during night time. I love how it looks on Mabel in the dark and in the sun ,and I think a light up sweater with a picture of a happy light bulb on it is a super clever and fun idea.

I don’t know if you can tell but this sweater is a boom box that is a real boom box! No really if you press the right button, it lights up and PLAYS RAVE MUSIC! NEED I SAY MORE? No, no I don’t. 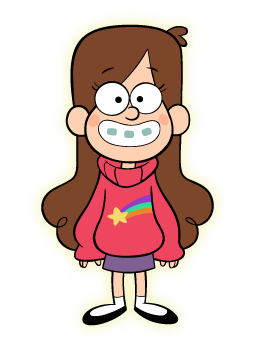 #1 (drum roll please…) RAINBOW STAR (from almost all the episodes)

Now at first this might seem like a regular unassuming sweater but this sweater is actually incredibly special and awesome. Why? Because this is MABEL’S SIGNATURE SWEATER. It’s  iconic. She wears it more then any of her other sweaters. In one episode she gets trapped in a bubble like thing… I’m not sure what its called exactly but the important part is that the design on this sweater is on it. Why? Because this is MABEL’S SIGNATURE SWEATER! But don’t take it from me, take it from these screen shots. Cue the cheesy music! (I can’t get it to play actual music so just use your imagination!) 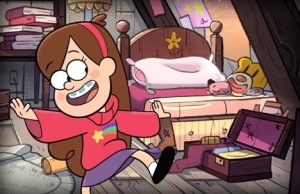 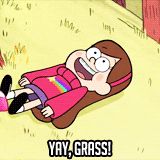 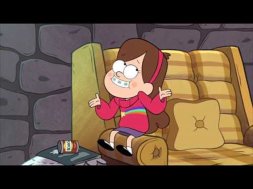 So what did you think? Do you love one of Mabel’s sweaters that I didn’t mention? Maybe you just thought the order should have been different. Is there another list you want me to do? Let me know in the comments! BYE!!!