Welcome to Friday Book Club!  Every month we’ll be focusing on a particular book and author, and will have a post about this book for the first three Fridays of the month.  This month we’ll be looking at the life and work of Edgar Allan Poe.  If you live in the Sacramento Area, you can meet up with the Book Club crowd in person at Arden Dimick Library, at 2PM on September 22nd.  Meanwhile, leave your comments as Book Club goes virtual!

Poe’s life was almost as bizarre as his writings.  Here’s some things to ponder:

Poe’s family was plagued by consumption. 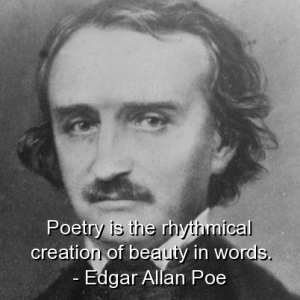 Poe had a strange marriage and an active love life.

Poe married his first cousin, Virginia, when she was 13 (or possibly 14) and he was 27.  He told several people that they did not consummate the marriage for the first two years.  Some biographers speculate that they never consummated the marriage at all, claiming that the “maiden” Annabel Lee refers to Virginia.  While Virginia was alive, Poe became friends with Frances Sargent Osgood.  A mutual frenemy, Elizabeth Ellet, claimed that Poe and Frances were having an affair, which caused horrible distress to Virginia. The fallout from Elizabeth’s accusation included Poe buying a gun for self-defense and getting in a fist fight.

After Virginia’s death, Poe pursued a relationship with Sarah Helen Whitman, but she eventually broke it off because of his erratic behavior and drinking.  He then courted his childhood sweetheart, Sarah Elmira Royster.  They had been seriously involved when they were teens, but her father disapproved of them marrying.  Poe renewed his relationship with Sarah one year before he died, and his death occurred before they could be married. 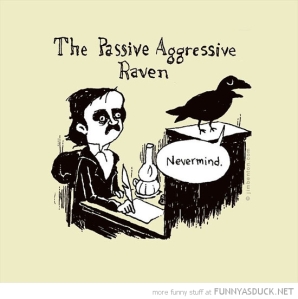 Poe achieved fame during his lifetime, but not riches.

Everybody loved “The Raven”.  Nobody paid much for it.  He died well-known and popular, but poor.

Want to know how Poe died?  So does everyone else!

On October 3, 1849, Poe was found delirious, in the streets of Baltimore, dressed in what seem to have been another man’s clothes.  He died in the hospital on October 7th.  No one knows how he ended up in that condition, what his final days were like, or what caused his death.  Got a theory?  Over the years theories have included:

Next week:  I tackle ‘Ligeia’, one of Poe’s strangest short stories.  See you then!

My sources about Poe come from all over the Internet, but you might enjoy the following sites:  My Wordly Obsessions, Mental Floss, and the ever reliable Wikipedia (if it says it on Wikipedia, it must be true).